William Montague Nevin Watkins (1835-1904) was born in England and arrived at the port of Lyttelton on the Cressy in 1850 with his family. He was 15 years old.

Watkins had some private lessons in drawing from the surveyor Edmund Norman (1820-1875) but was largely a self-taught artist in the first part of his career. He lived in Akaroa and painted the Peninsula landscape many times over.

Akaroa Museum owns the early panorama Akaroa Harbour by Watkins, a huge 1.75-metre wide canvas dated 1857. The view is from a hillside between French Farm and Wainui; the old French navy building at French farm is visible lower left.

Another harbour painting, this time from above Barry’s Bay, dates from 1874. A steamboat out on the harbour and the deforested Ōnawe peninsula show that time has moved on since the earlier painting (above). At the age of 40, Watkins went to Melbourne to study art, not long after the above painting was completed. He returned to Akaroa in the early 1880s with a freer, more confident style.

The small painting of Barry’s Bay valley, probably a study for a larger work, shows this changed approach. 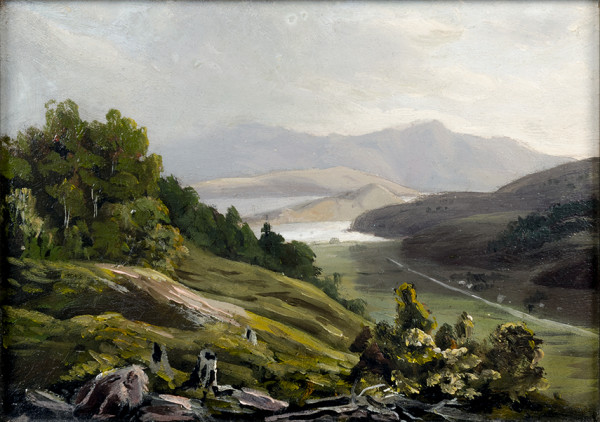