A holiday in Akaroa has been part of the town’s economy since the early 1850s when the Lyttelton Times described Akaroa as ‘the fashionable watering-place’.

From the late nineteenth century, china with transfer images of Akaroa was being manufactured as souvenirs for holidaymakers.

Some carried monochrome images, others were coloured. Some showed views of the town, others showed specific landmarks. 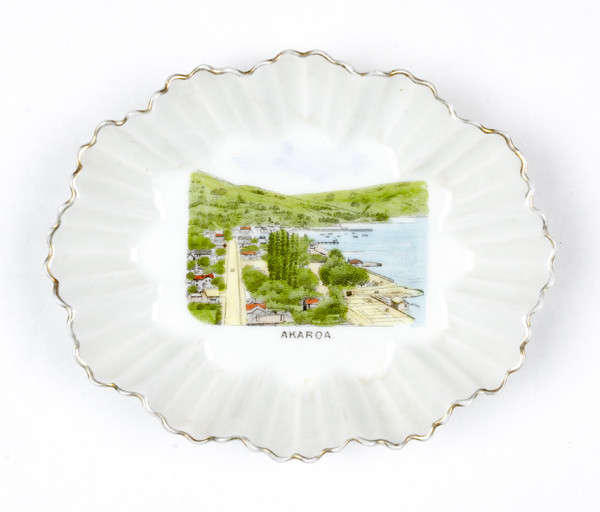 Produced between 1904 and 1917, the china carries the same transfer image of Pompey the penguin from a photograph by Akaroa’s T. E. Taylor studio. 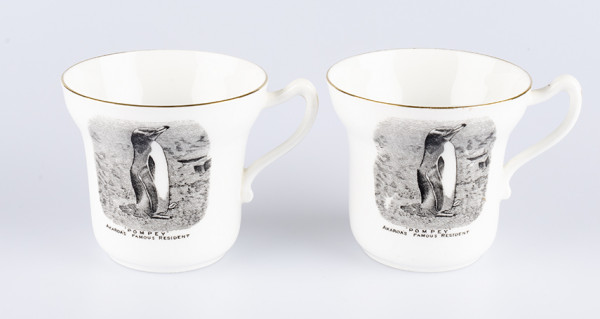 Photo wallets and photo postcards record hotels and boarding houses, vistas overlooking the town and harbour, and typical activities such as boat excursions. Photographers involved in this industry include J. L. Buckland and Gladys Goodall.

Screen printed tea towels and felt pennants also make their appearance, as do teaspoons and turned wooden bowls, the latter made locally.

Other souvenirs items with images of Akaroa in the collection include paperweights and a clothes brush.

The collection of Akaroa Souvenirs numbers around 100 items (excluding postcards).