This is a biographical collection related to Akaroa-born Frank Worsley (1872-1943).

Worsley first won fame in 1916 by navigating the tiny James Caird through the Southern ocean, saving the men of Shackleton’s Trans-Antarctic Expedition. 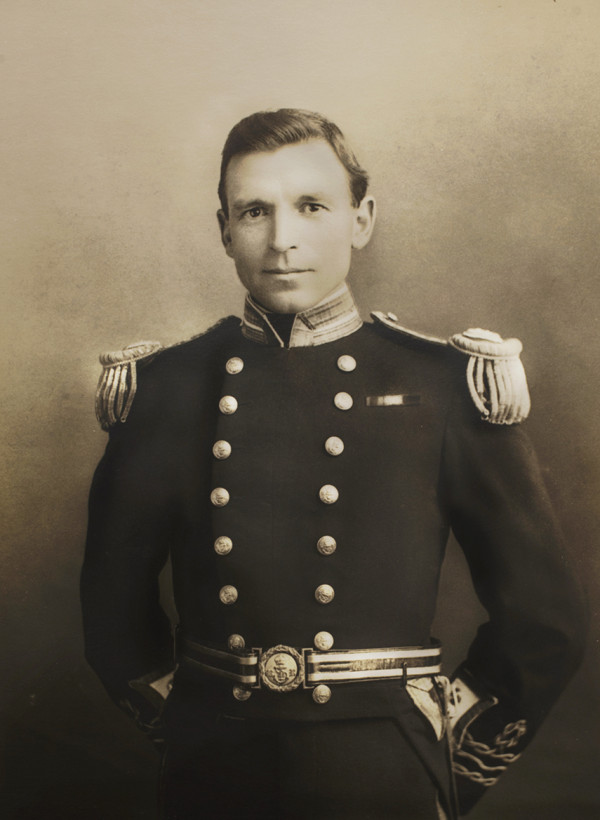 The bulk of the collection focuses on his life after 1916.

The first gift to this collection was Worsley's ensign from decoy vessel or Q ship PQ-61 during the First World War. It was a gift from Helen Knight, Frank Worsley's sister, to the Akaroa Centennial Committee on 15 May 1940 for their museum project. The Committee’s museum was not realised, however, the collection they assembled became part of the seed collection for Akaroa Museum.

Connected to the ensign is a whistle given to Worsley by Alfred Arnold in 1917. Arnold was captain of the German submarine Worsley sank with PQ-61 and whose life he saved. 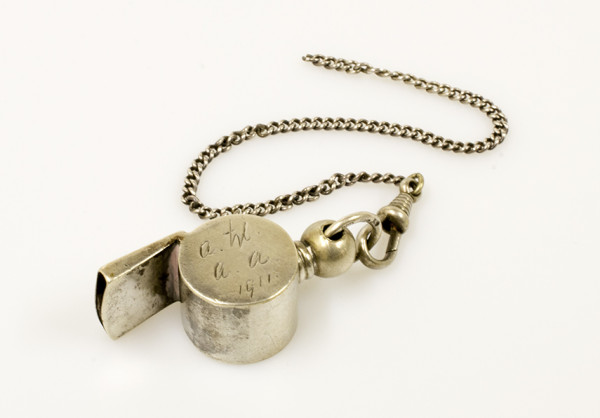 Metal whistle with chain, inscribed: A. W. A. A. 1911. Frank A. Worsley Collection, Akaroa Museum. Donated by Patrick Bamford.

Patrick Bamford, the son of Frank and Jean Worsley’s close friend Eric, and executor of their wills, donated around 140 items to Akaroa Museum. This consisted of a mixture of over 100 original and copy photographs, mostly from the inter-war period, archival material such as correspondence, notes, Jean Worsley’s Cocos Island treasure-hunting diary, and ephemera such as advertising for Frank Worsley’s lectures.

It also contains an album of pencil sketches made by Worsley and his “dress set” of medals – smaller sized versions of his awards such as his Polar Medal, O.B.E. and DSO with bar, worn on a dinner jacket.