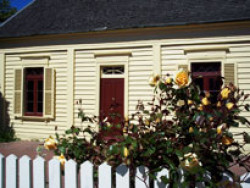 This building was the nucleus around which Akaroa Museum was created in the early 1960s, and is almost like object number one in the museum collection.

The Langlois-Éteveneaux House stands today where it was built, preserved in its original two-roomed form.

Its historical significance is that it is now the only surviving house constructed by French colonists in the early 1840s. It is one of the oldest buildings in Canterbury and is nationally important.

The house was commissioned by Aimable Langlois who was in charge of the French store that once stood on the neighbouring section. The builder was Georges Fleuret. He was probably also the first occupant, as Aimable left town in July 1841.

Over the course of a century, the two-roomed cottage grew into a family home with extensions added to the back. However, prior to becoming part of the Museum, it was returned to its original footprint.

John Hendry, the architect in charge of its restoration for its new life as a museum, liked the “pleasing proportions” and “distinctive air” of the two rooms of the original building but judged the additions to be:

Not well built . . . and certainly not designed to fit in with the original house. They have no merit at all.

As a museum, the two rooms were treated as display cases. One was styled as a parlour and the other as a bedroom. Both were inaccurately furnished in the Louis XV style.

The renovated house opened as a museum in December 1964. 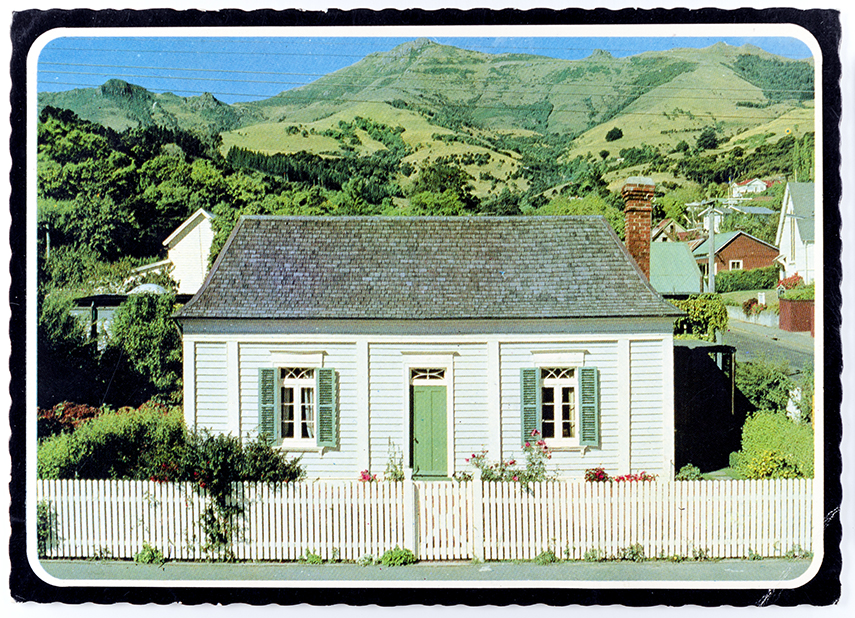 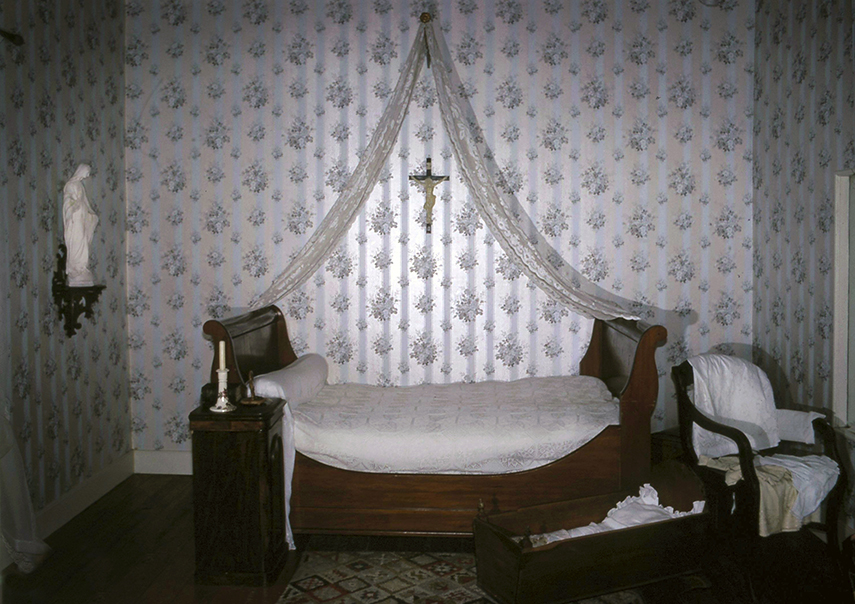 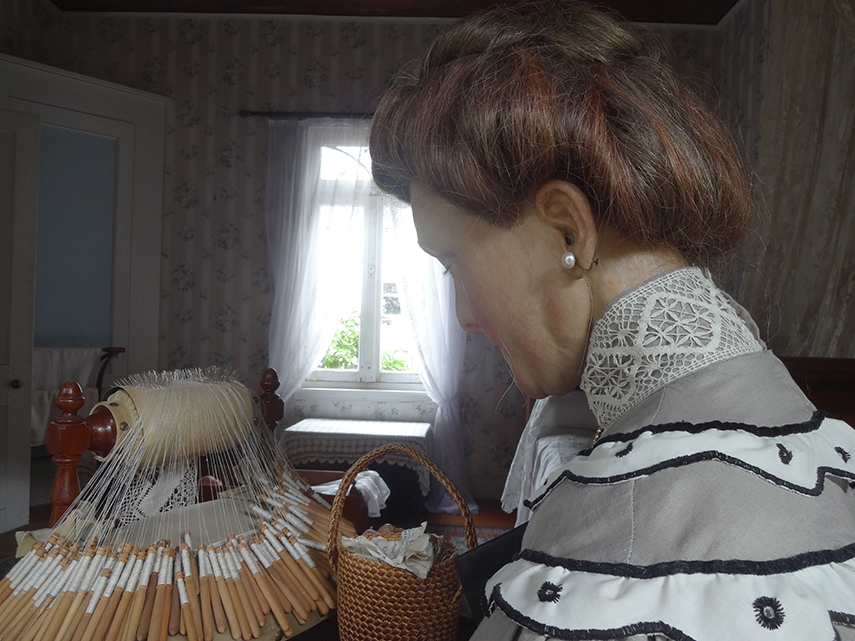 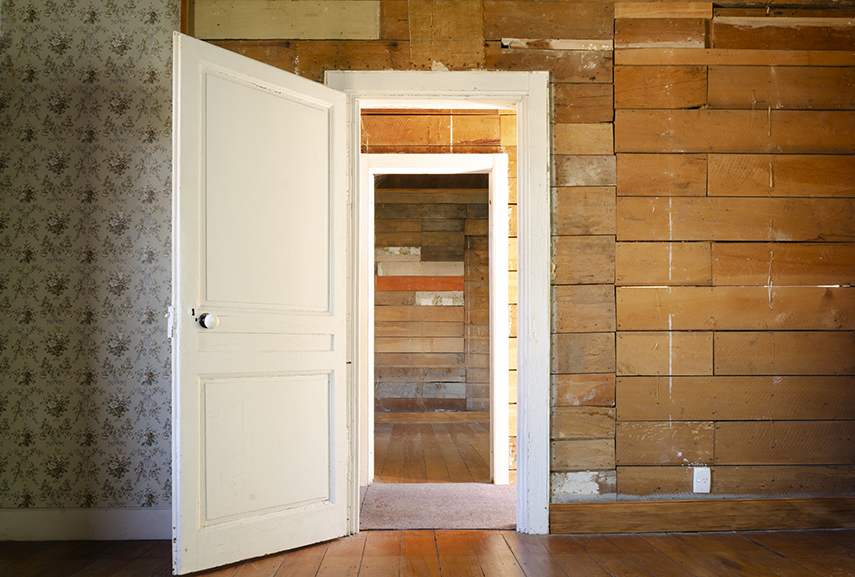 From 2016 to 2018, post-earthquake restoration revealed many secrets previously hidden from view. Evidence of the building’s construction was found in the roof space, behind the wall linings, and in the fireplace.

For many years it was thought this house was prefabricated in France, but timber analysis has revealed only New Zealand wood species. The house was most definitely “made in New Zealand”, although by French hands using French building knowledge.

In the latest re-interpretation of the house, there is no furniture or mannequins. The Museum has chosen to simply leave the many layers of the house visible. It is now possible to “read” the house’s history from the building fabric.

The Langlois-Éteveneaux House is a Category 1 Historic Place on the Heritage New Zealand Pouhere Taonga List. Located at 3 rue Balguerie, by the waterfront, the Customs House was erected in 1858.

The Customs House was built from locally available materials. The building exterior was clad in weatherboards of pit-sawn tōtara. The wall cavities were filled with earth, which provided a cheap form of insulation.

It is an example of a style of vernacular building particularly associated with the Canterbury and Marlborough regions that is now very rare.

A building for a busy port

In the 1840s, before Christchurch or Lyttelton were established, Akaroa was a busy port with whaling and trading ships calling in.

Akaroa was declared a customs port of entry in 1842, partly to control the smuggling of alcohol into the town. Customs Department records show that the Akaroa Customs office had two periods of activity, 1842 to 1844, and 1849 to 1880.

Akaroa ceased to be a port of entry the purposes of the Customs Regulation Act 1858 in 1880.

This site was probably the third location of the town’s Customs Office. It was chosen following the visit of Governor Grey in 1853.

The location was ideal because it had excellent views of the harbour and shipping movements, as well as being close to other official and commercial service buildings such as the Police Station, Post Office, Court House and bank.

The customs officer was visited by masters of all visiting ships on arrival and prior to their departure from Akaroa.

After 1880 the building became a survey office before being used as an annex to the Borough Council chambers, which used to sit beside it.

Later, it was as a solicitor’s office and was then used by the Council’s gardener to house seed trays. In 1969 the building was handed over to the Akaroa Museum, a restoration was conducted in 1976 and it has been part of the Museum since. 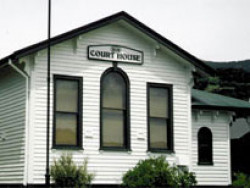 The Akaroa Court House is another heritage building on the Museum site.

The first court sitting in Akaroa was held 40 years before the Court House was built. With French colonists about to arrive in Akaroa, it was convened at Green’s Point in August 1840 to demonstrate that the British were in charge.

Later that year the French Nanto-Bordelaise Company built a store on this site. However, by 1854, that building had fallen into disuse and was deteriorating.

In 1879 the store was demolished and the purpose-built Court House was constructed by William Penlington, a local builder, for £700. It was made to the design of the Government architect (the same design used for the Court House in Naseby, Otago).

It was officially opened on Tuesday 9 March 1880. 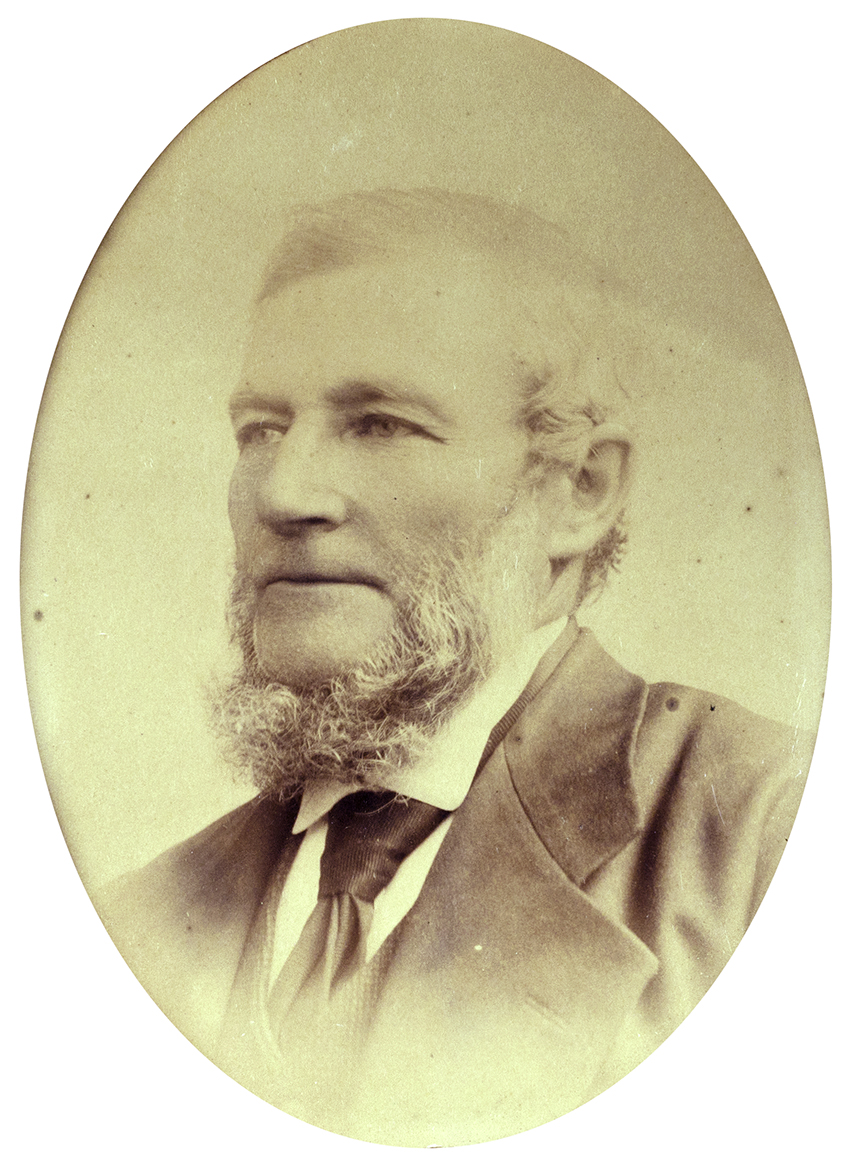 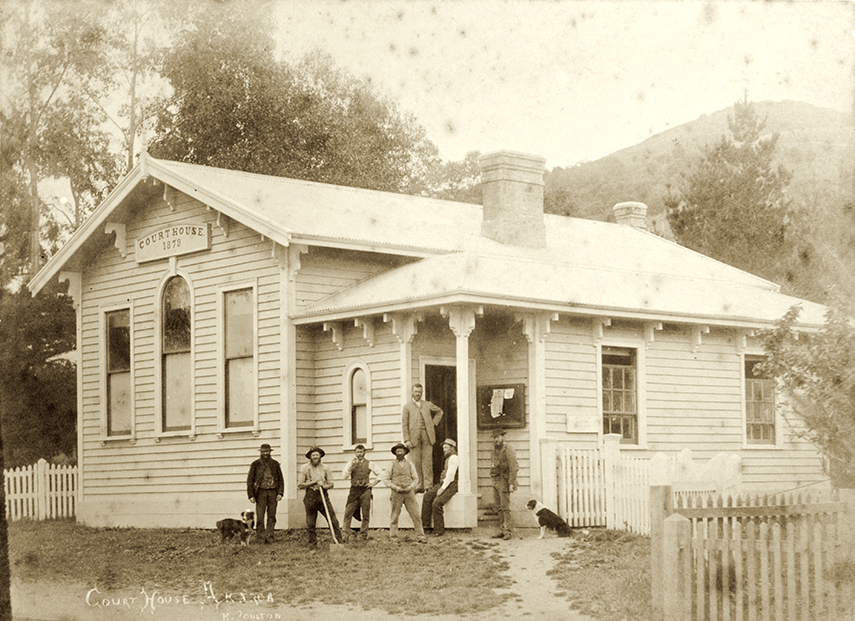 From 1893 it became a magistrates' court. The last case was heard on 12 September 1979, and after 99 years of service, the building ceased to be a court.

The Clerk’s office and Court Room, both with original furnishings, can be visited during museum opening hours. 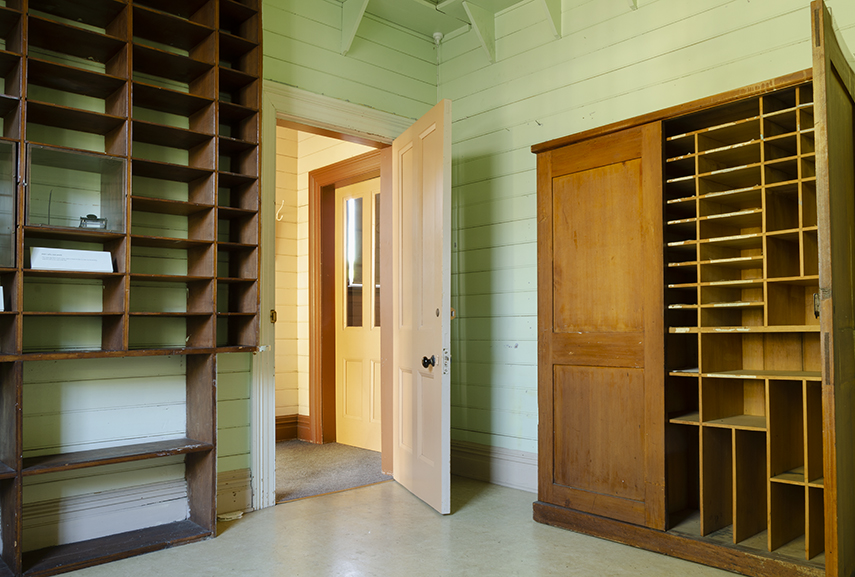 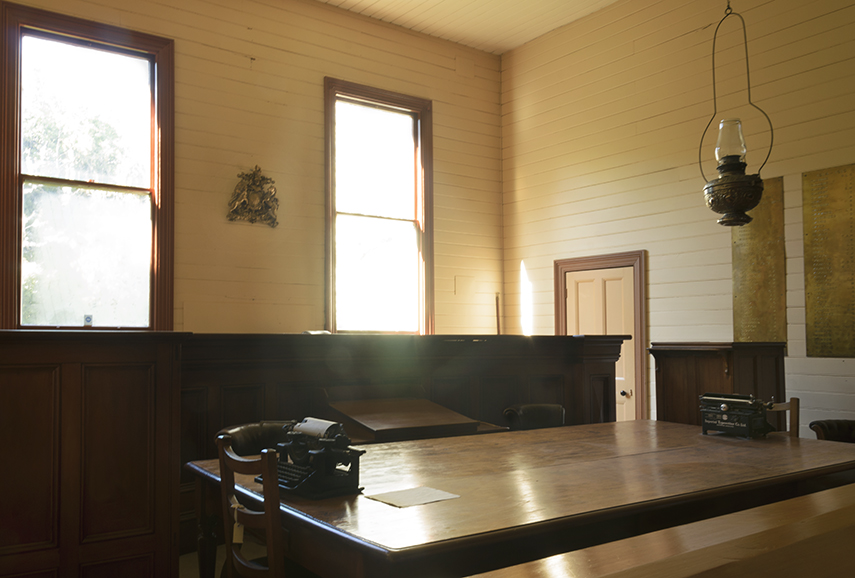